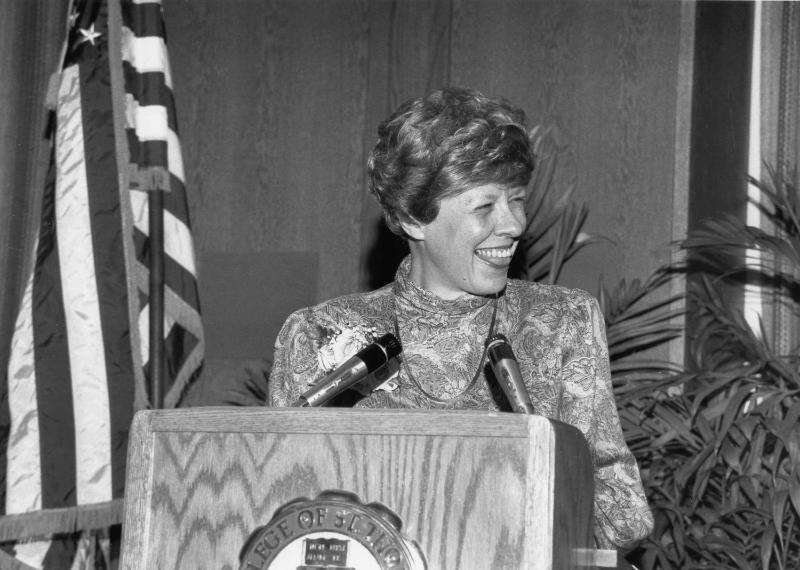 The Luann Dummer Center for Women was established in 1993 by a special bequest from Dr. Luann Dummer's estate.

Dr. Dummer came to the University of St.Thomas in 1971 and influenced the lives of hundreds of students and faculty during her 21 years as a professor. A respected member of the English Department, she was named Professor of the Year in 1989. Dr. Dummer served as the English Department chair from 1976 to 1988, and as acting chair in 1992. While she was a superb administrator, she saw herself as a teacher first. In an interview after she was named Professor of the Year, she summarized her view of teaching in Chaucer's words.

Dr. Dummer was known for her wisdom, energy, and determination. A strong feminist, she helped develop the St. Thomas Women's Studies program and served as its first director. Through her bequest to establish a center for women at St. Thomas, Dr. Dummer leaves an enduring legacy.